ChemaCorp, a global conglomerate and defense contractor, recently developed a viral compound for the military capable of modifying a soldier’s DNA increasing their strength, aggression, and resilience to physical injury. That compound was Alpha Strain. Original testing seemed positive and ChemaCorp chose to move forward with human trials, but the trials went horribly wrong. Over 100 test subjects in the trial were given Alpha Strain and all experienced cardiac arrest and death shortly after exposure but all spontaneously revived minutes later as what can only be called zombies. The zombies showed immediate signs of hostility, animal-like behavior, and cannibalistic instincts. The researchers were quickly overtaken by the zombies and the facility went into an automated security lockdown. There were no survivors. That was four days ago.

This morning, the military took control of the facility and secured all the subjects still inside. This is where you come in. You will be assisting the military in their efforts. Be warned, there are still several of the zombies still alive inside the facility. These subjects can be identified by their aggressive behavior, decaying physical appearance, and most notably by their glowing blue eyes (a side effect of the DNA alteration). Be assured, however, that the subjects still inside have been safely restrained in cages and the facility is completely safe. You have nothing to worry about…

Below are some photos of the attraction under effects lighting: 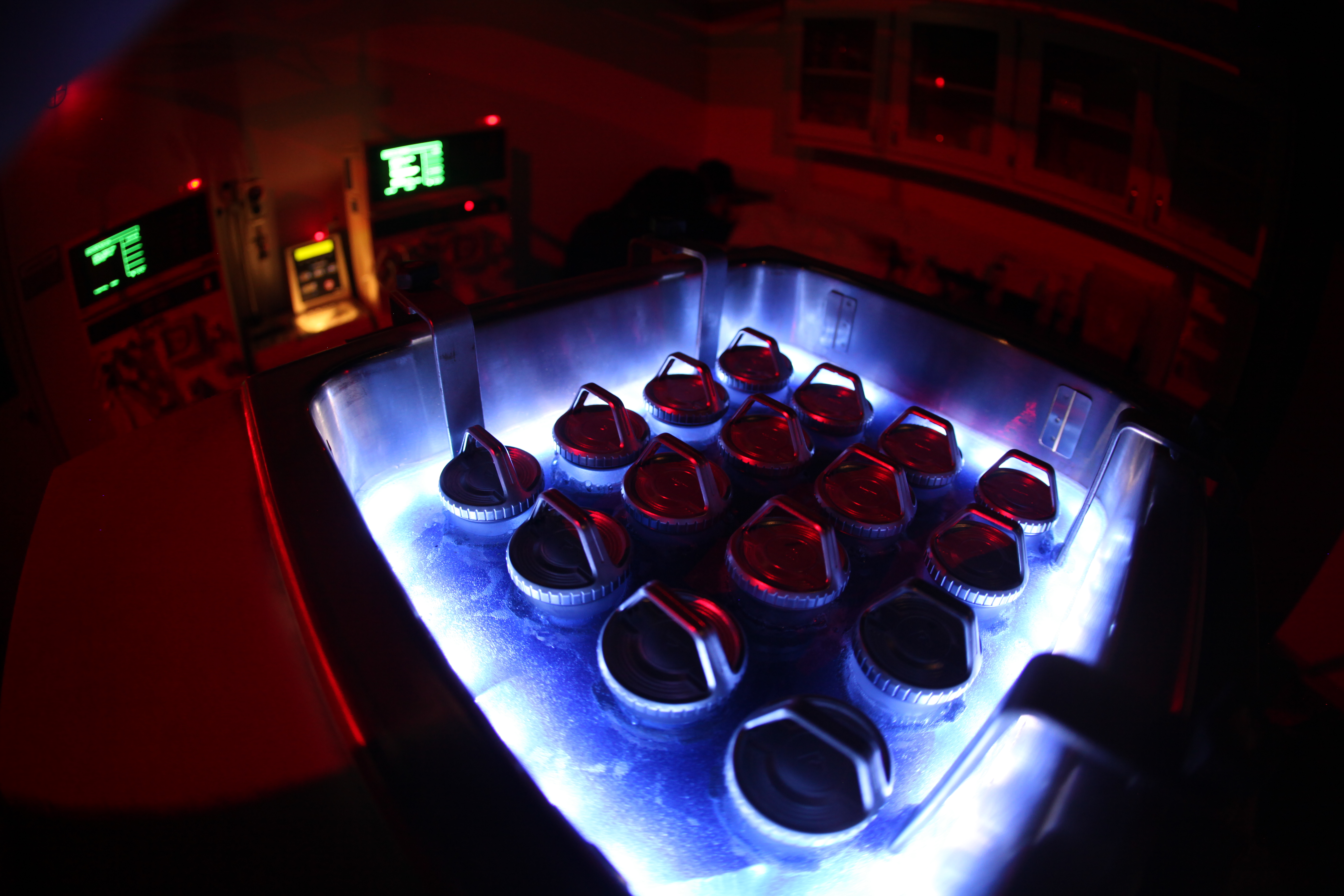 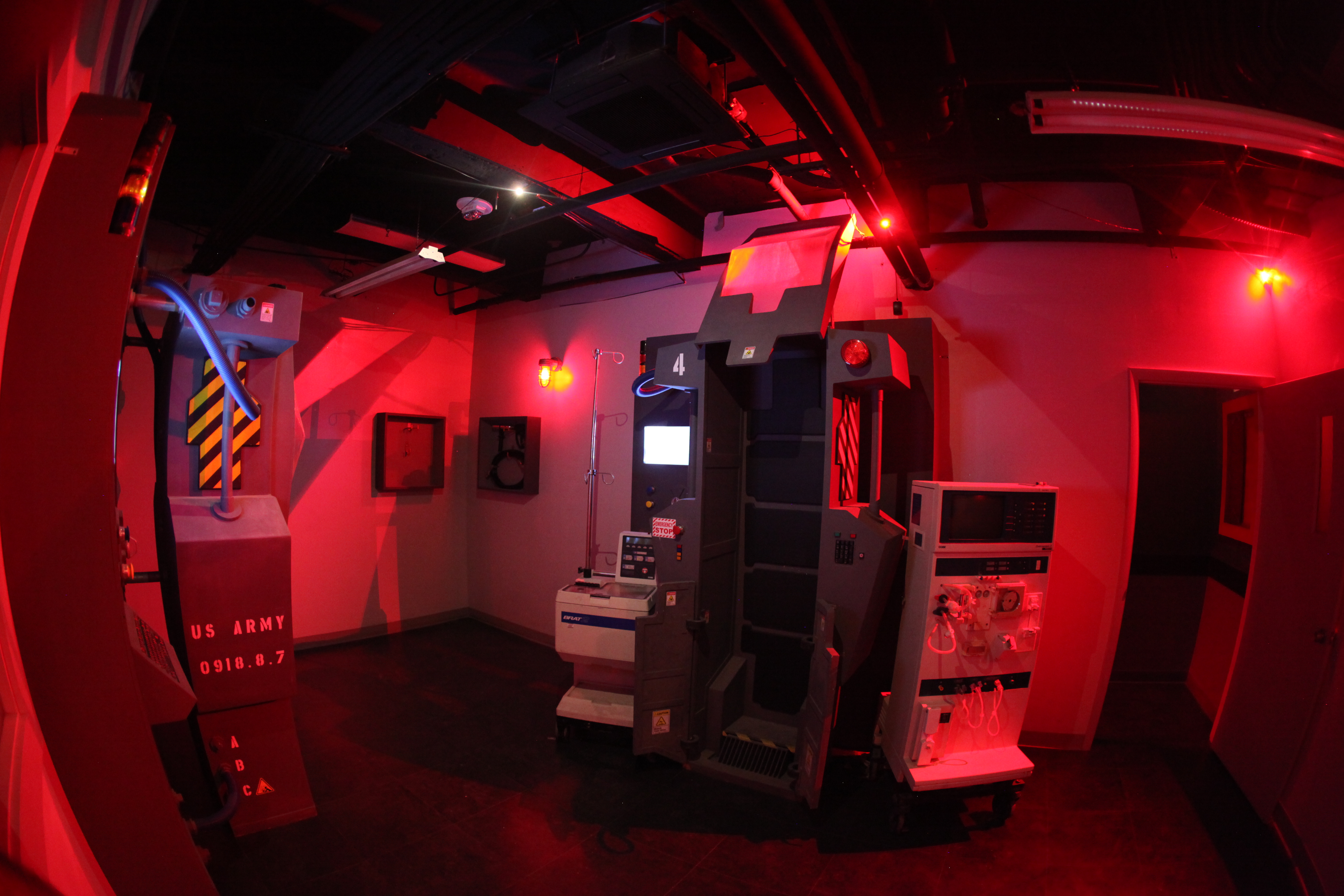 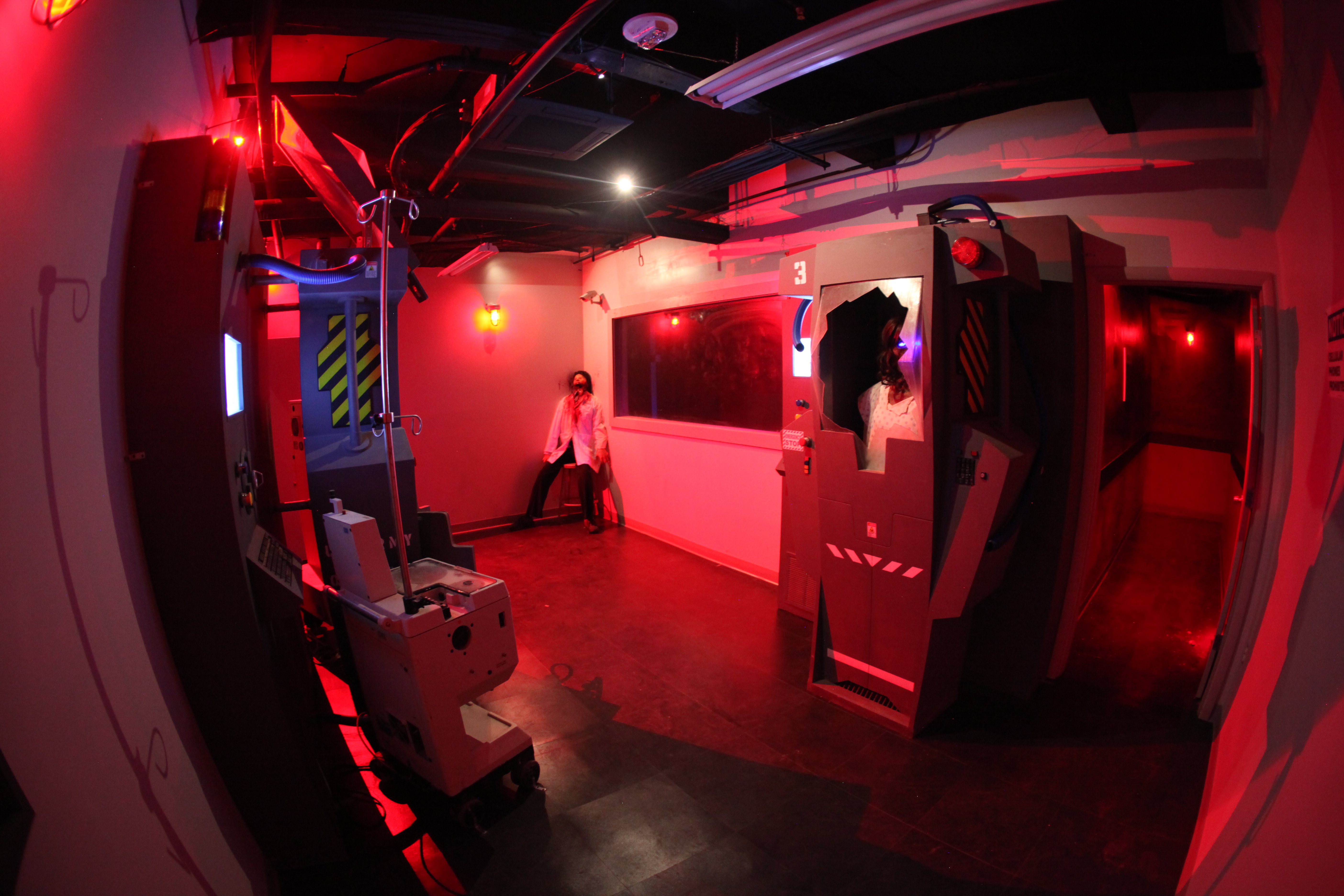 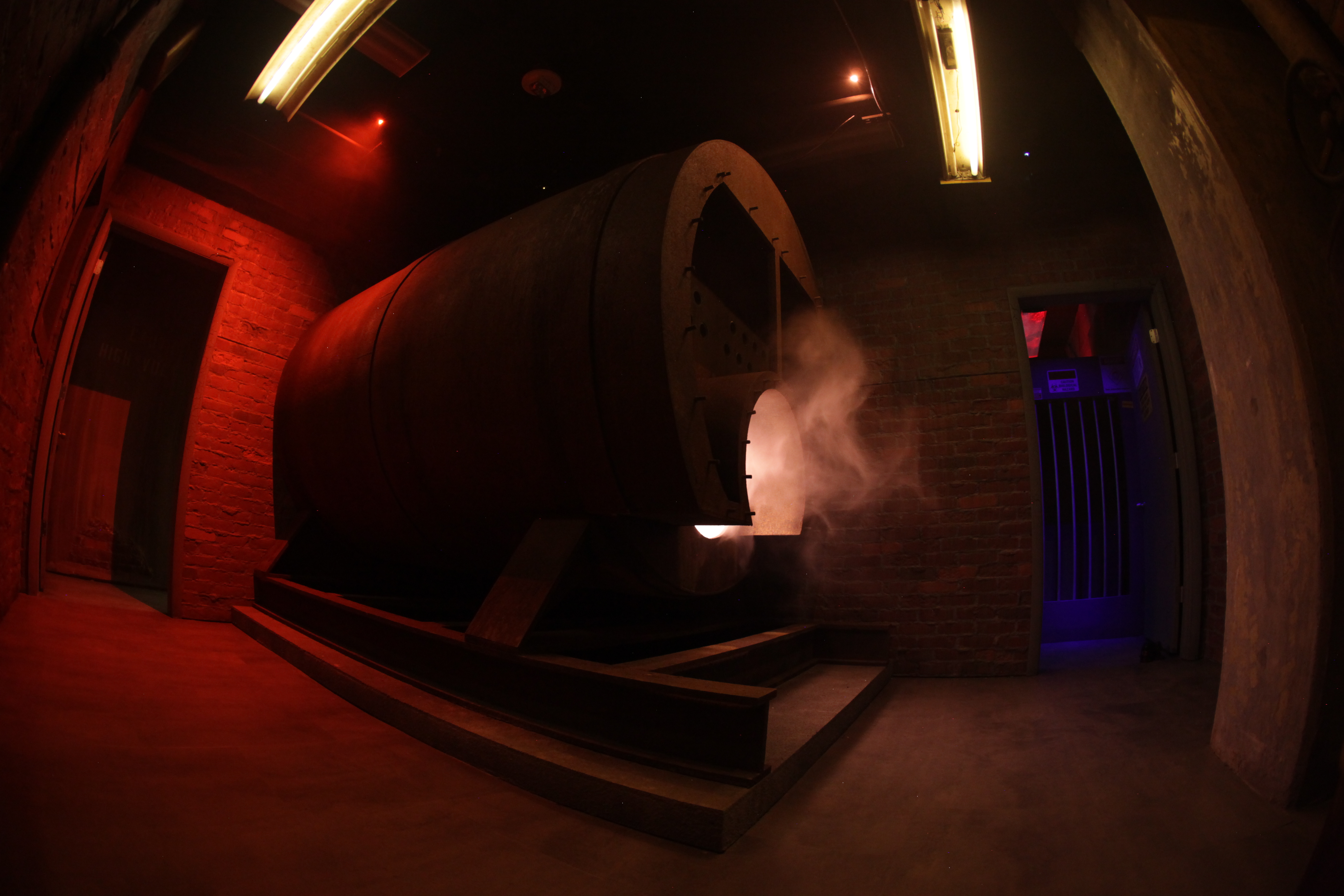 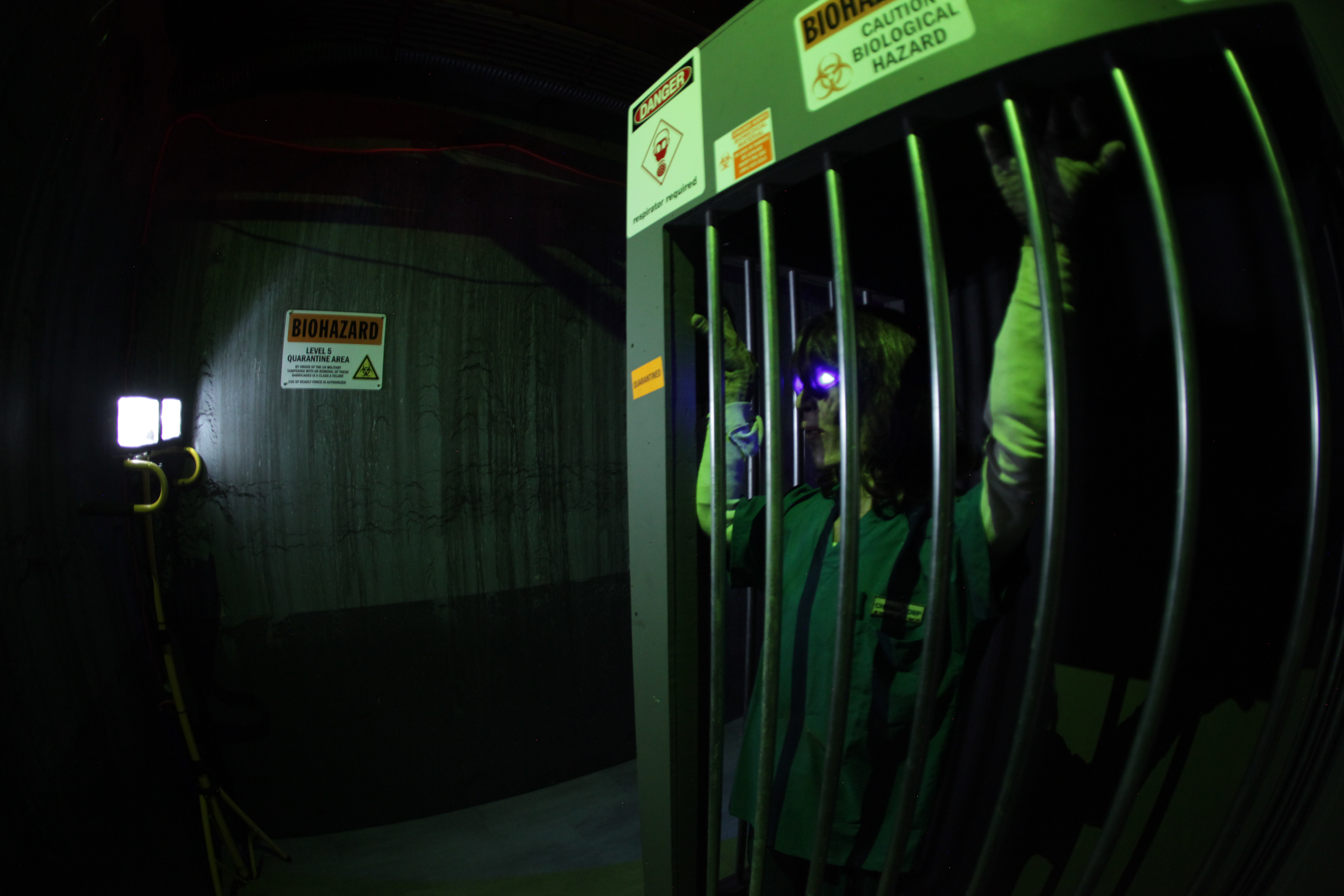 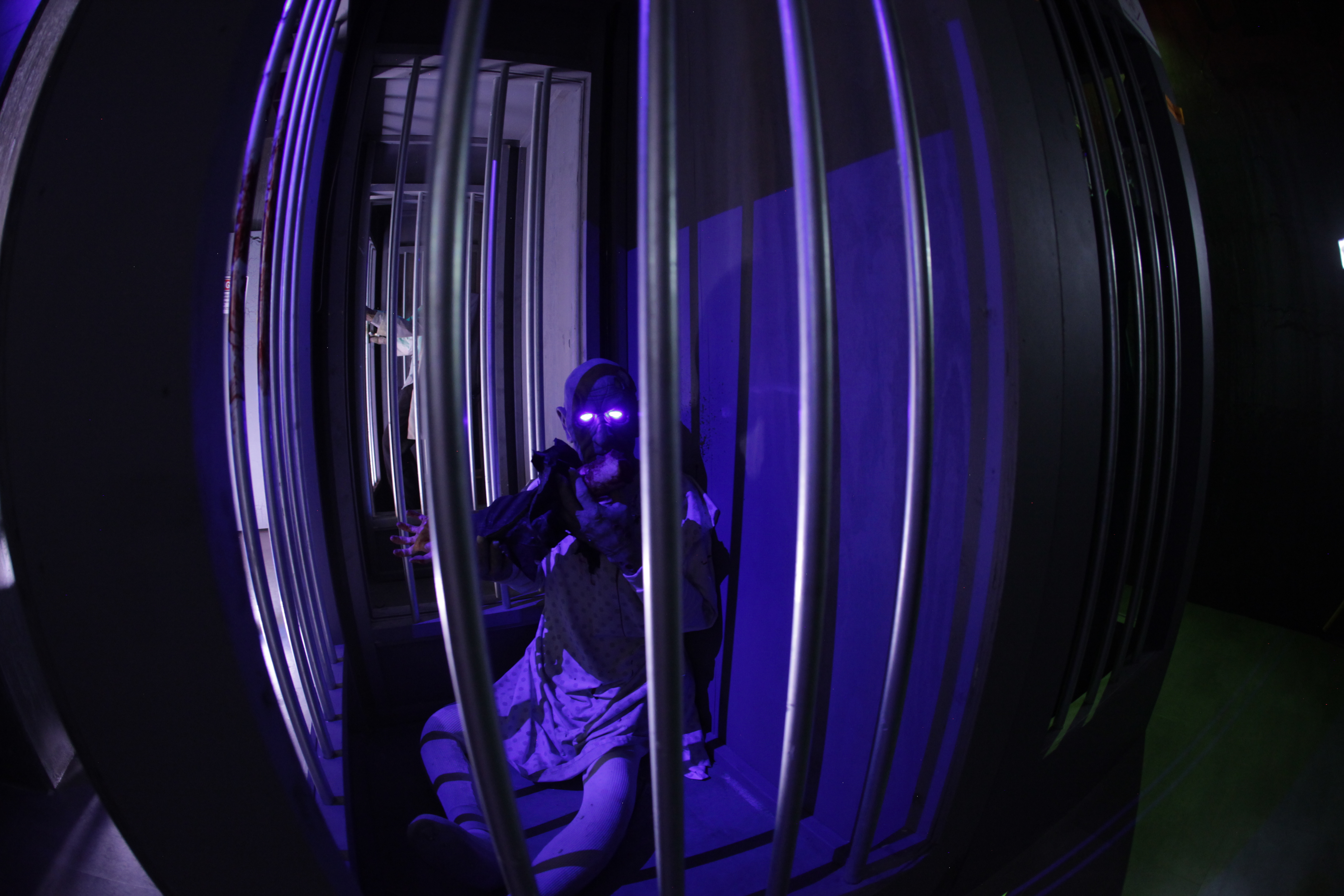 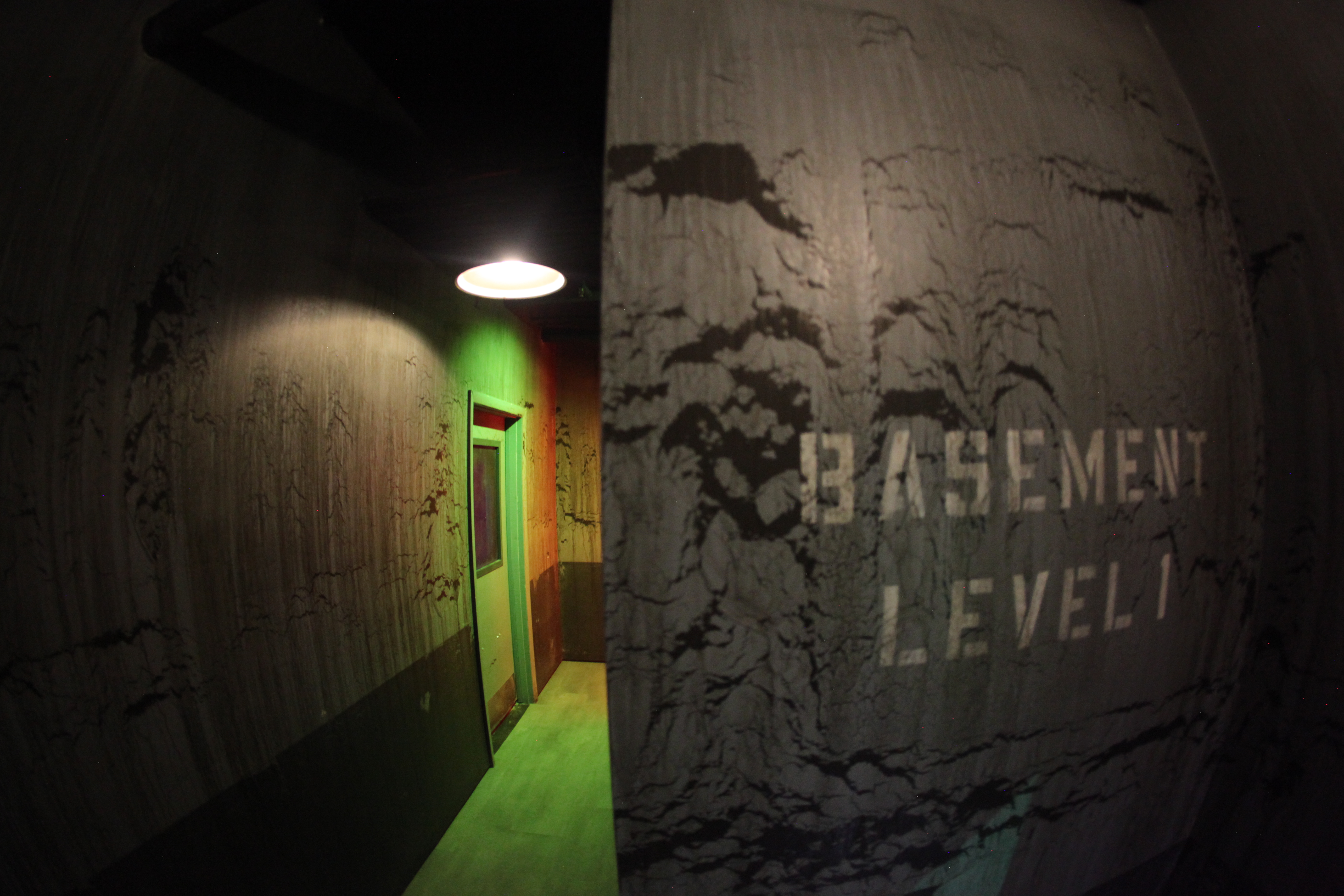 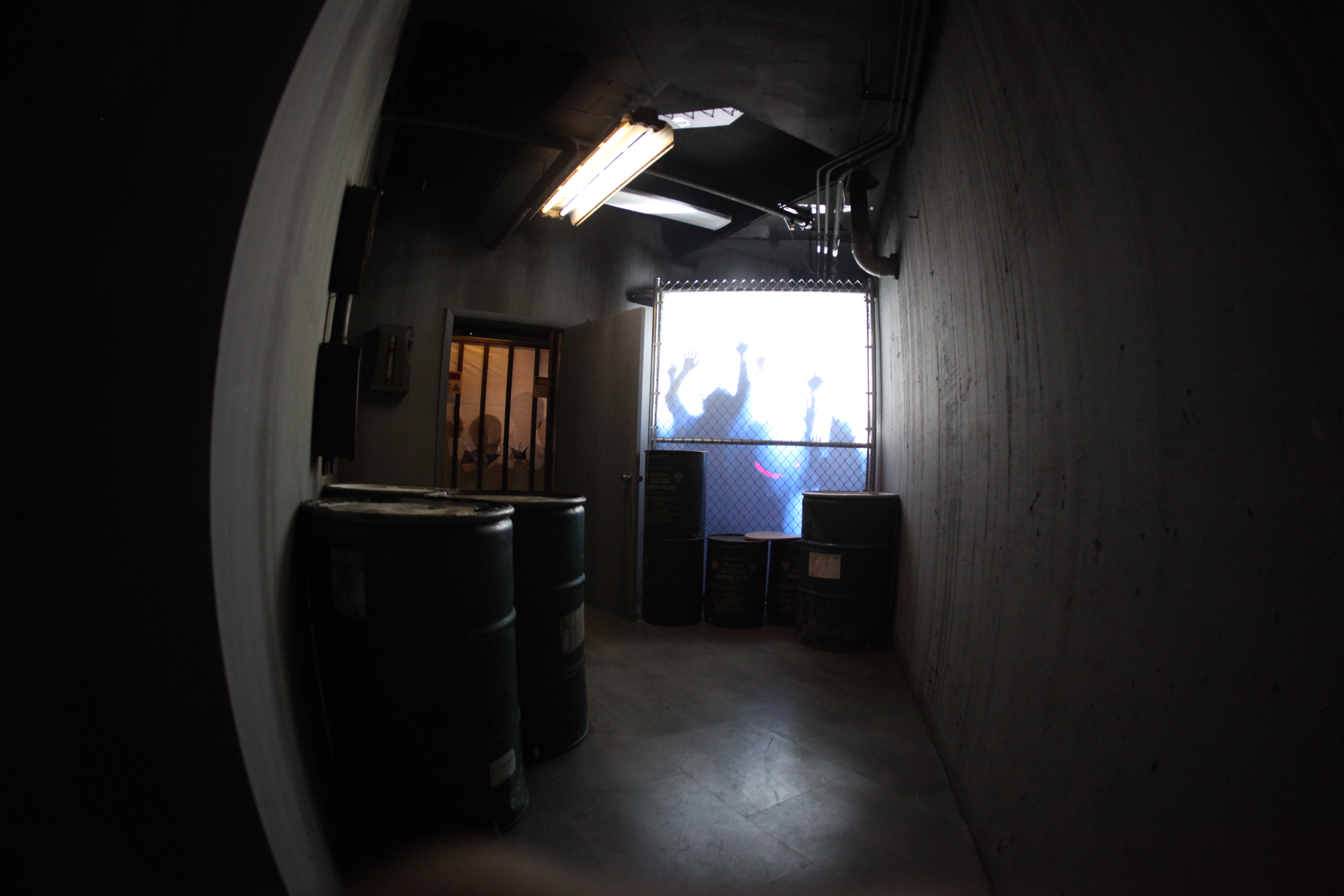 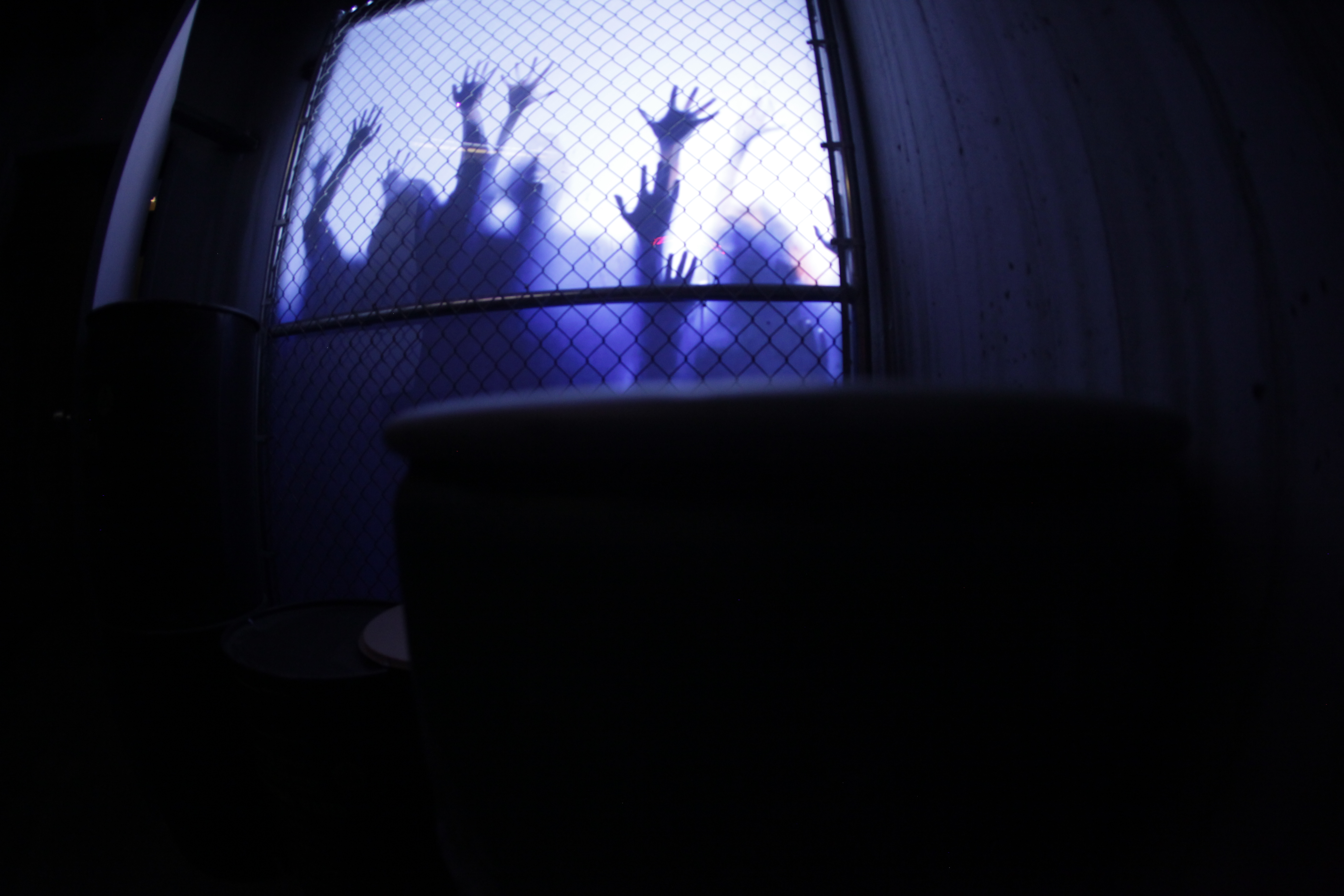 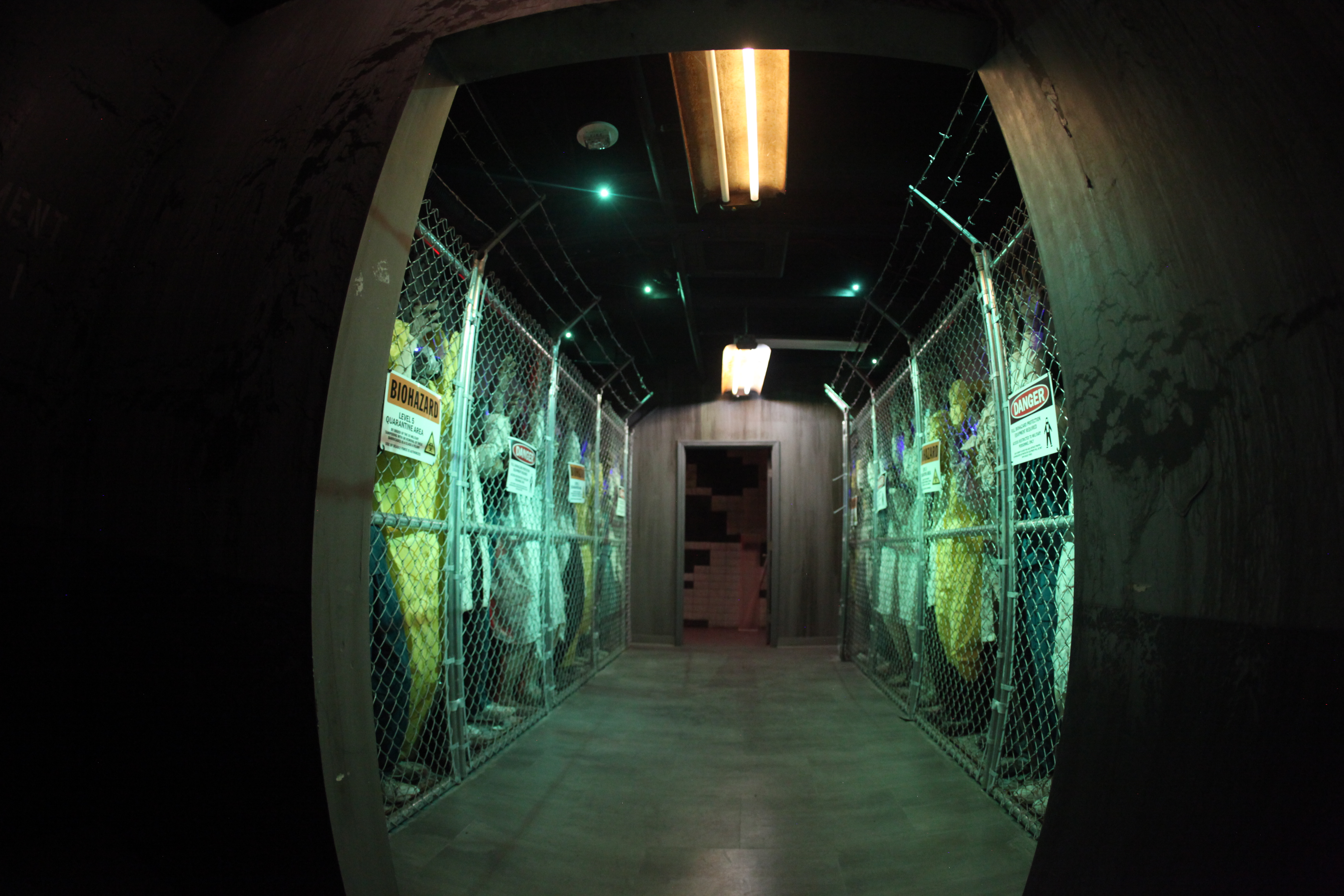 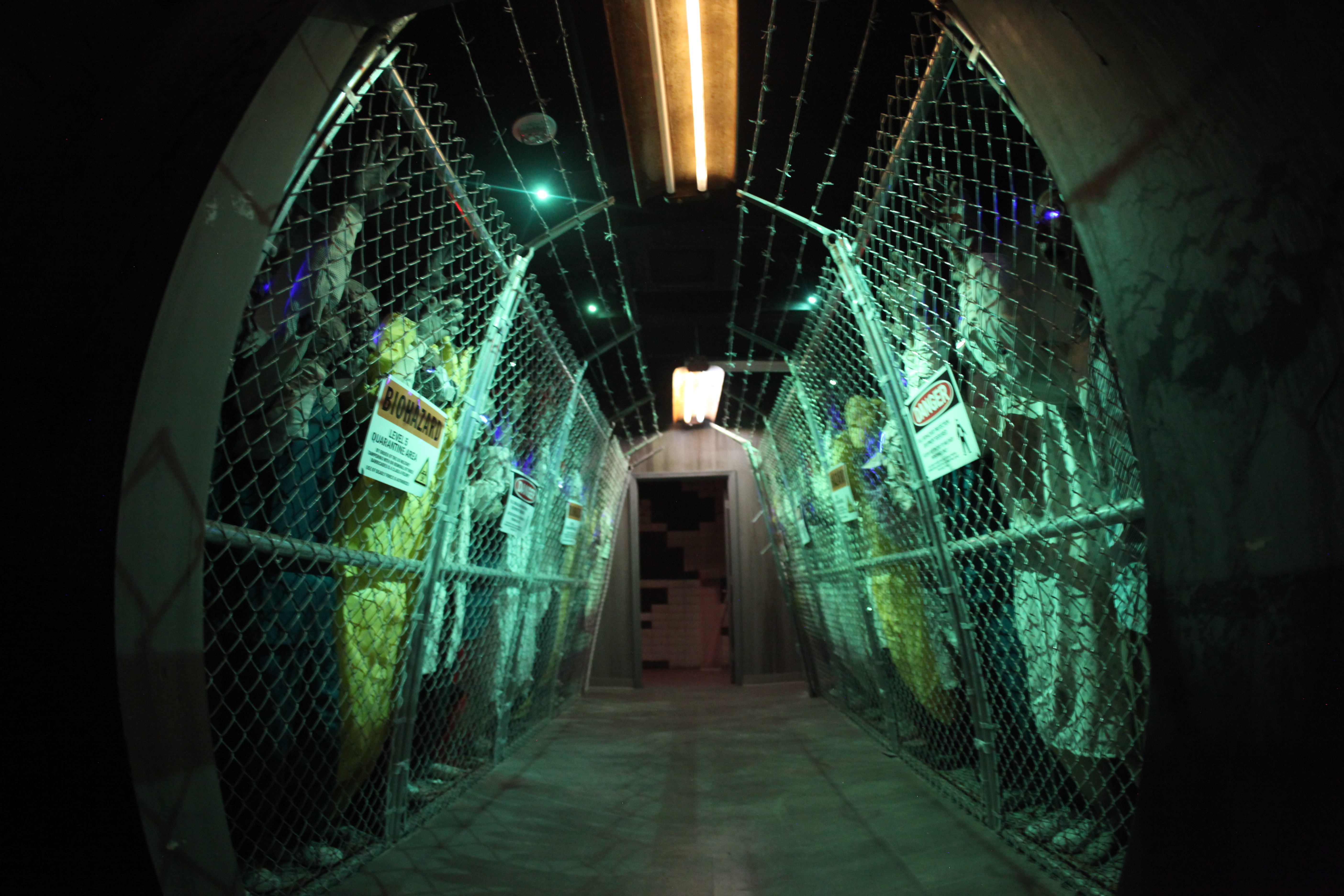 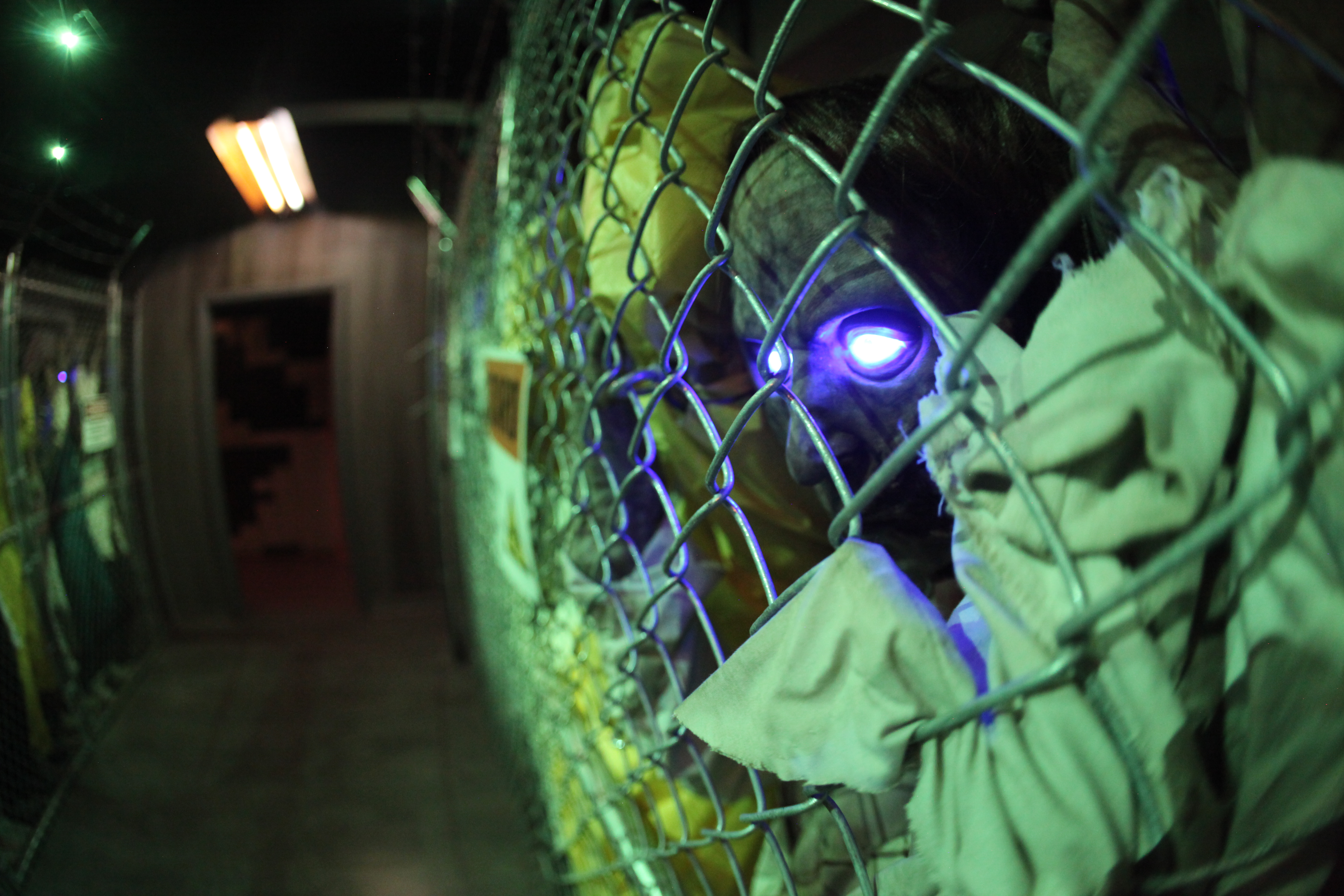 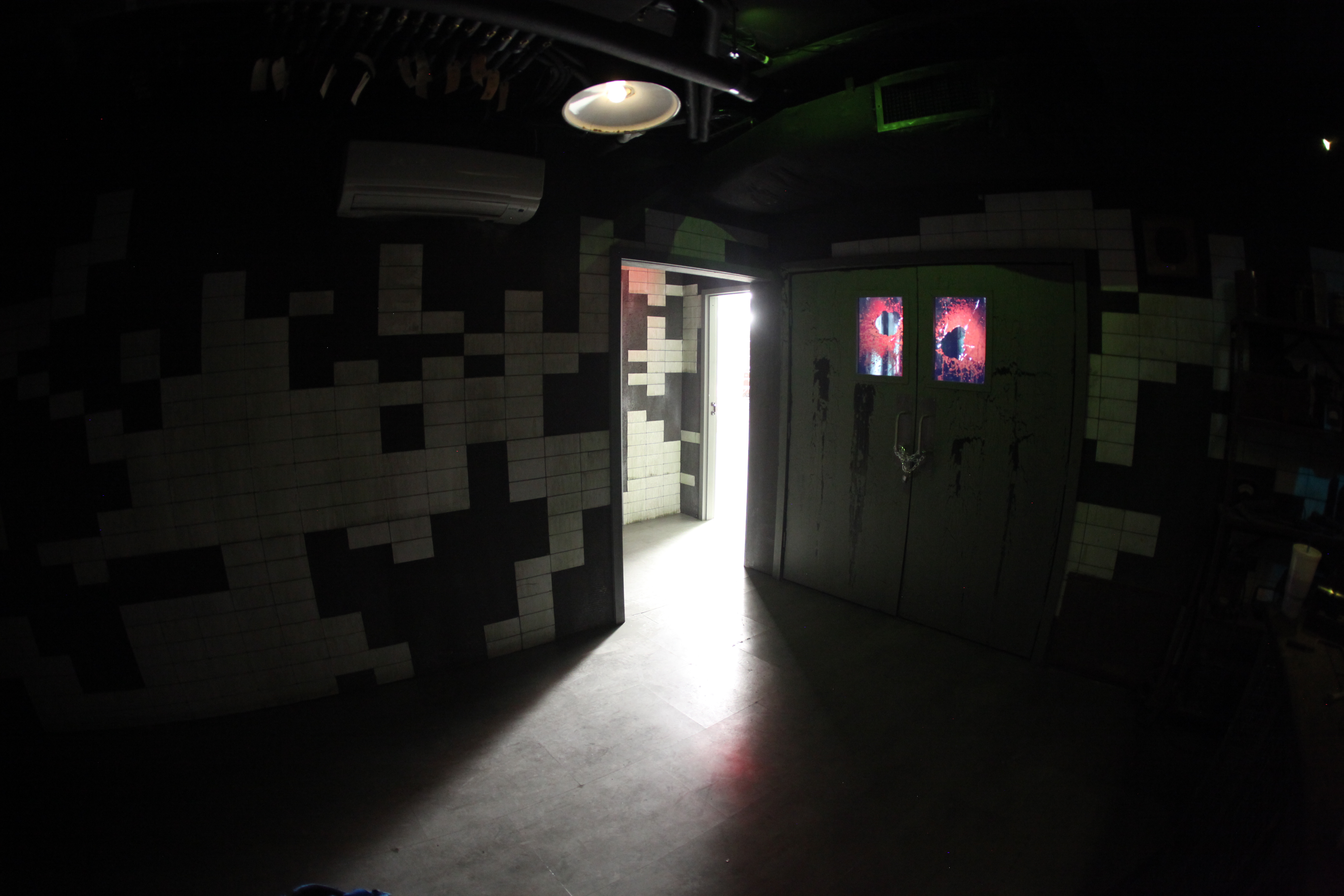 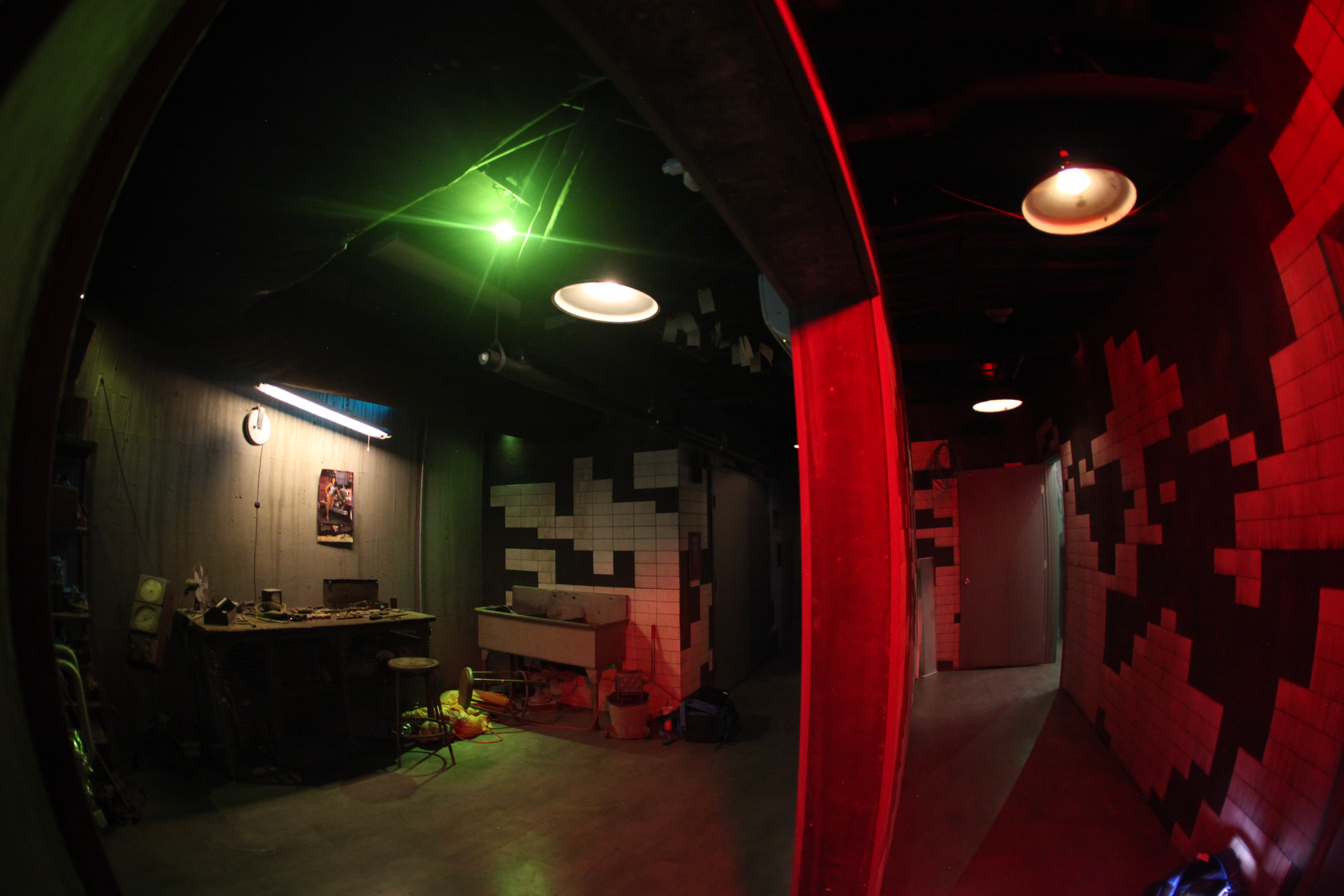 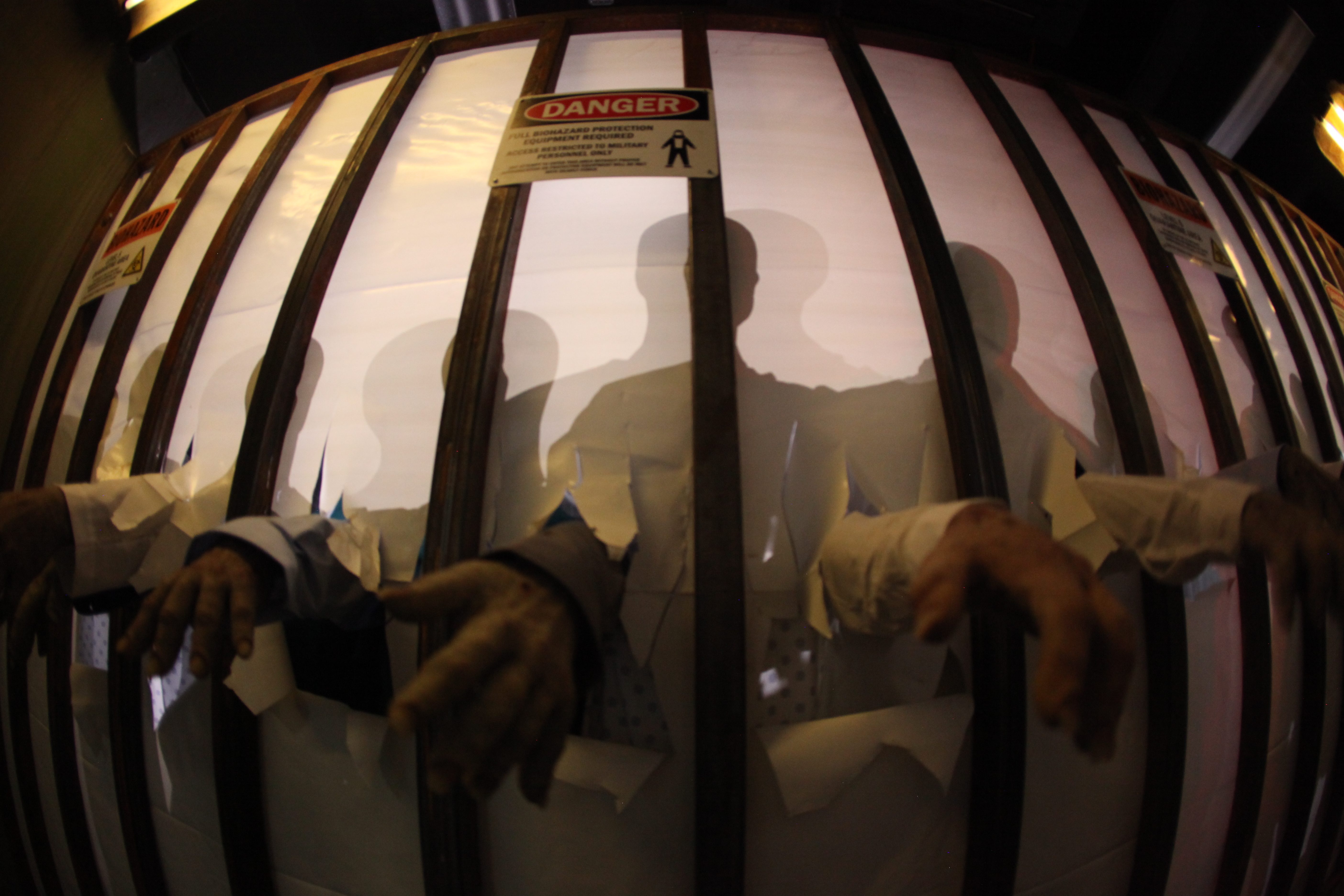 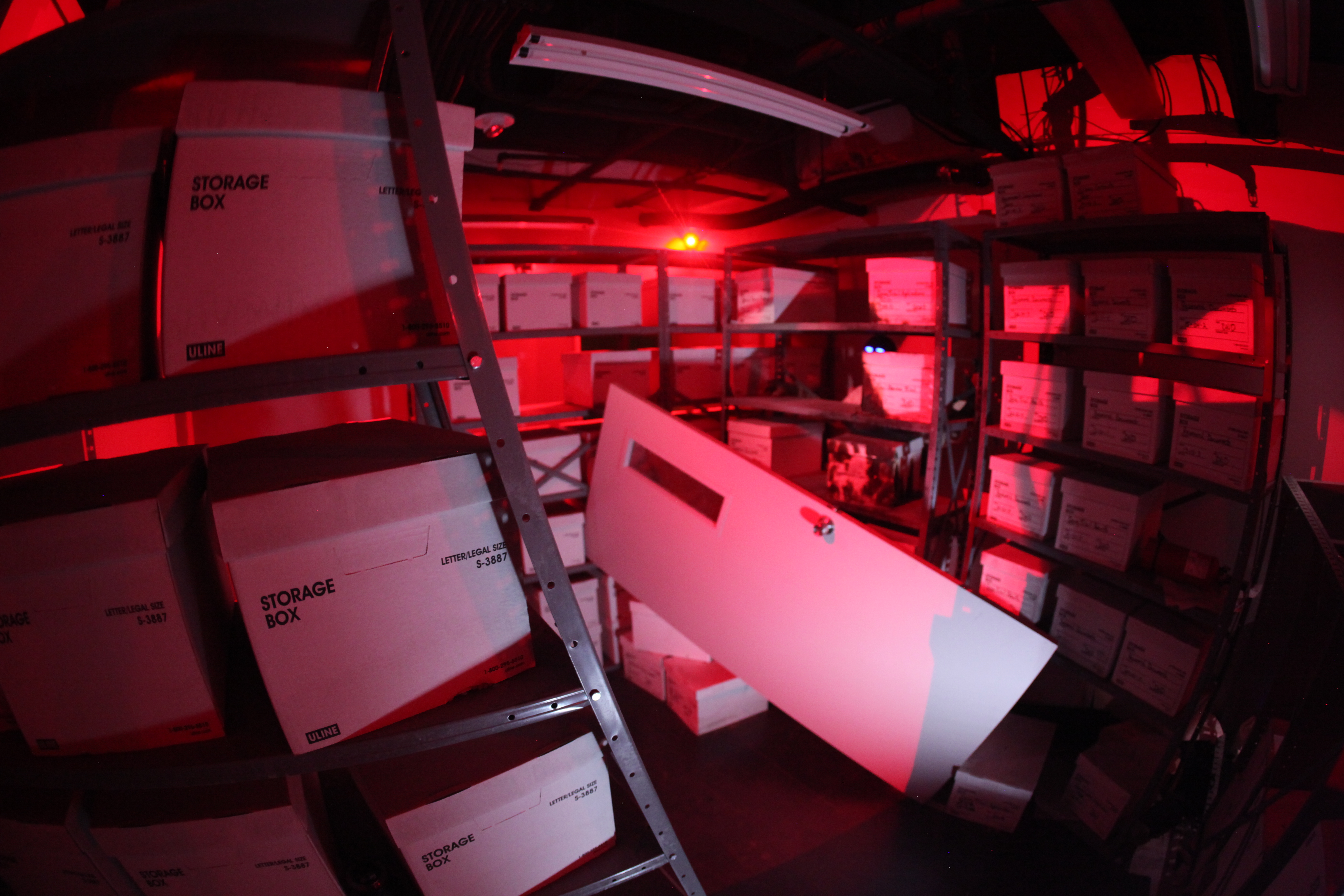 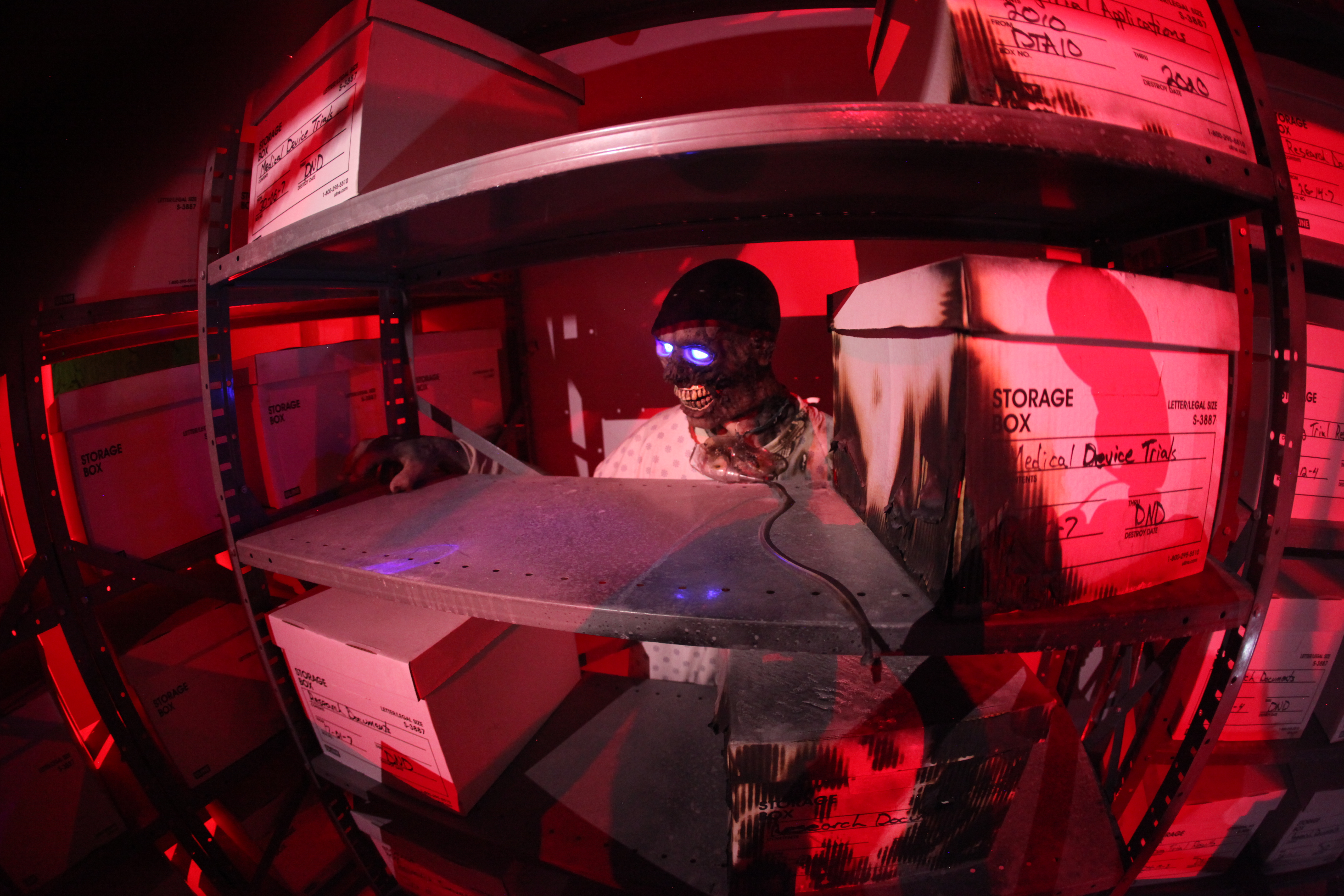 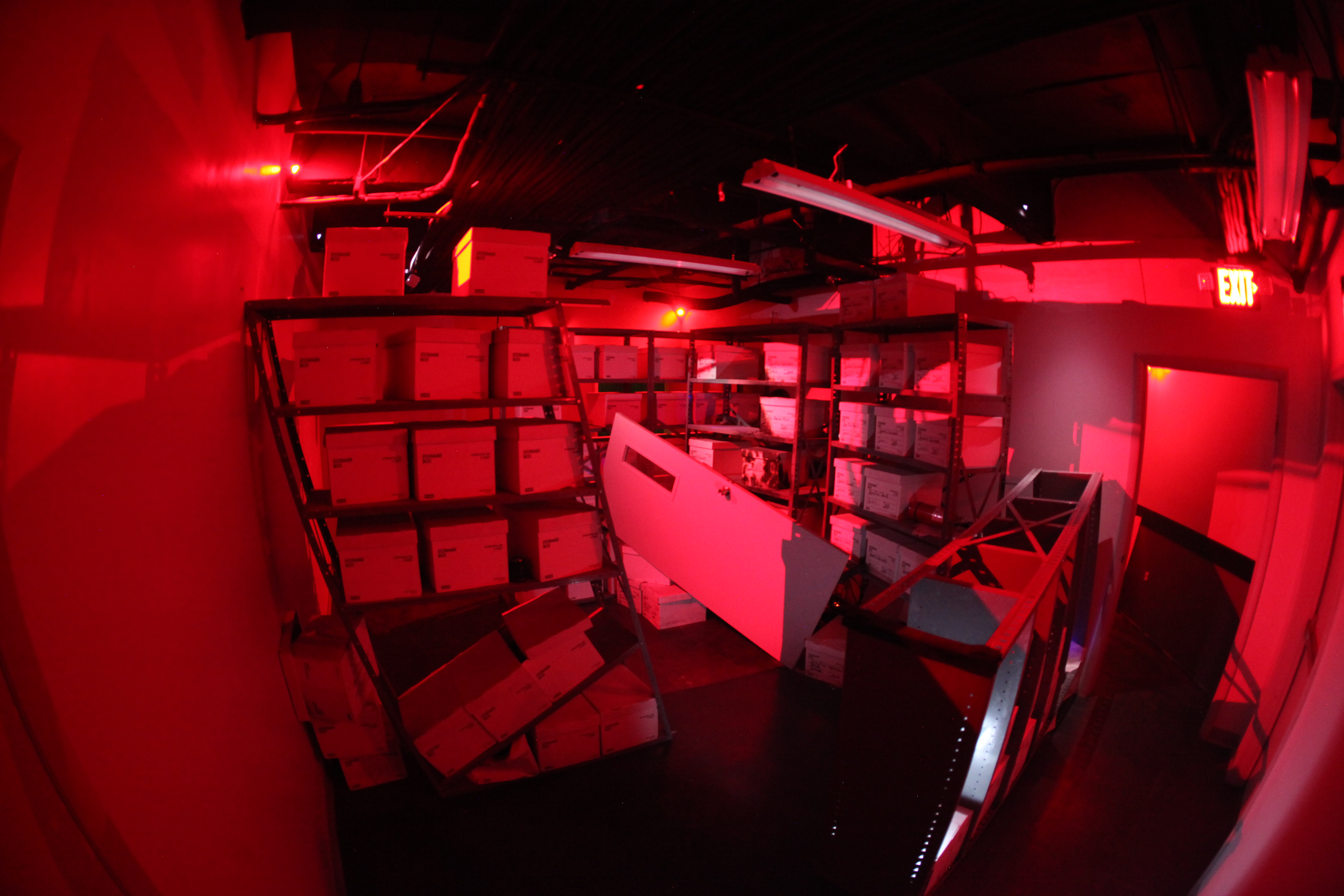 Below are some photos of the attraction under house lighting: 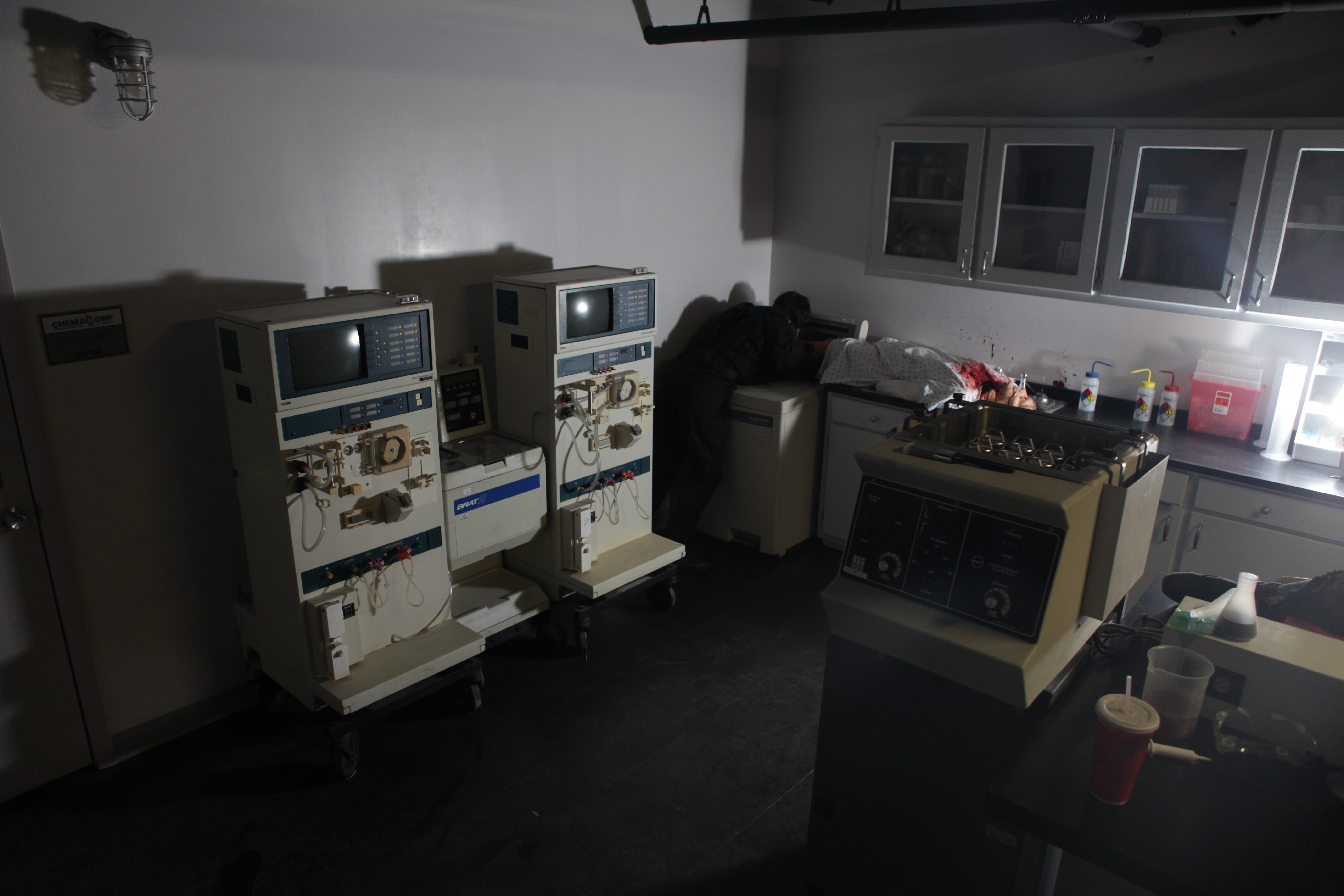 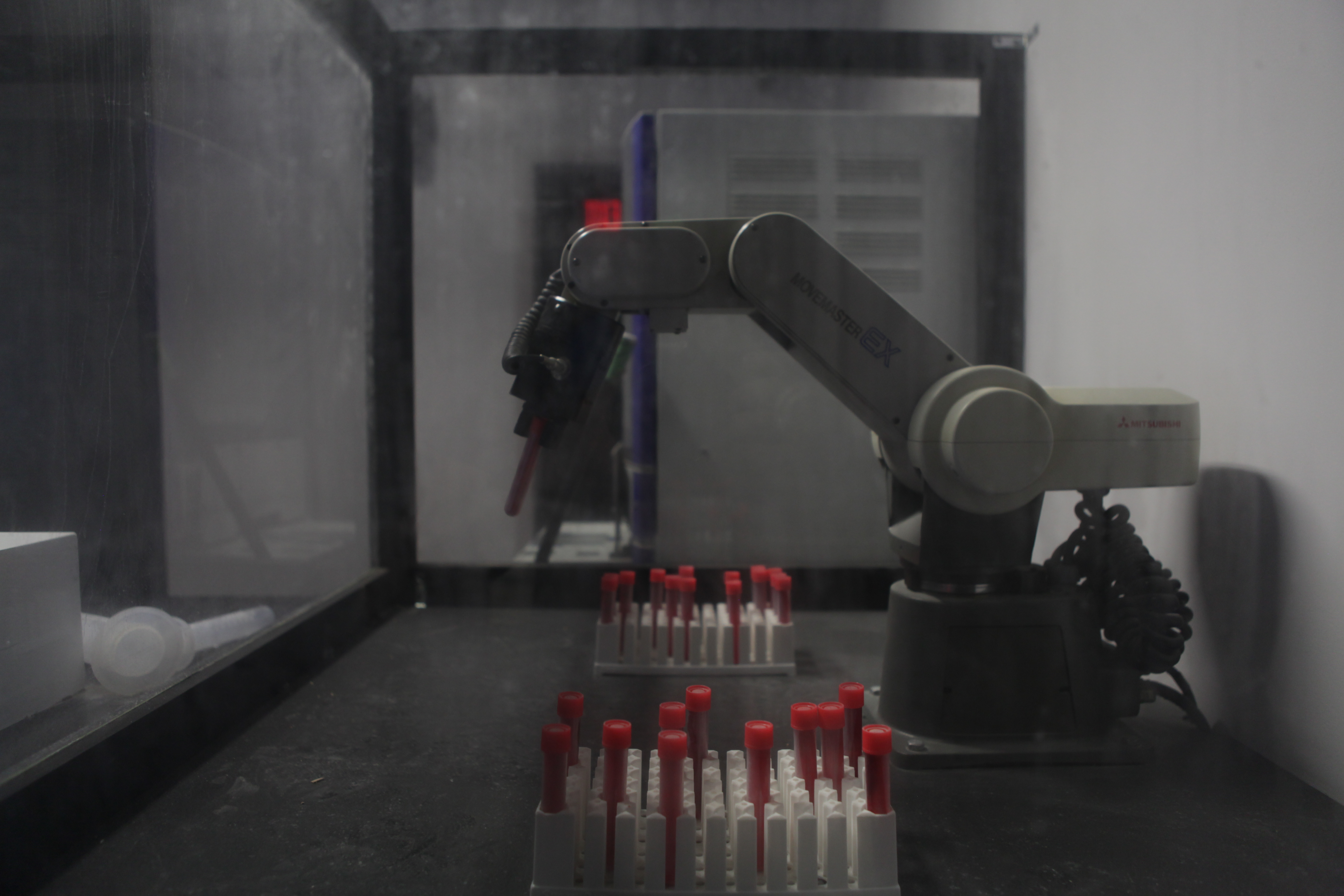 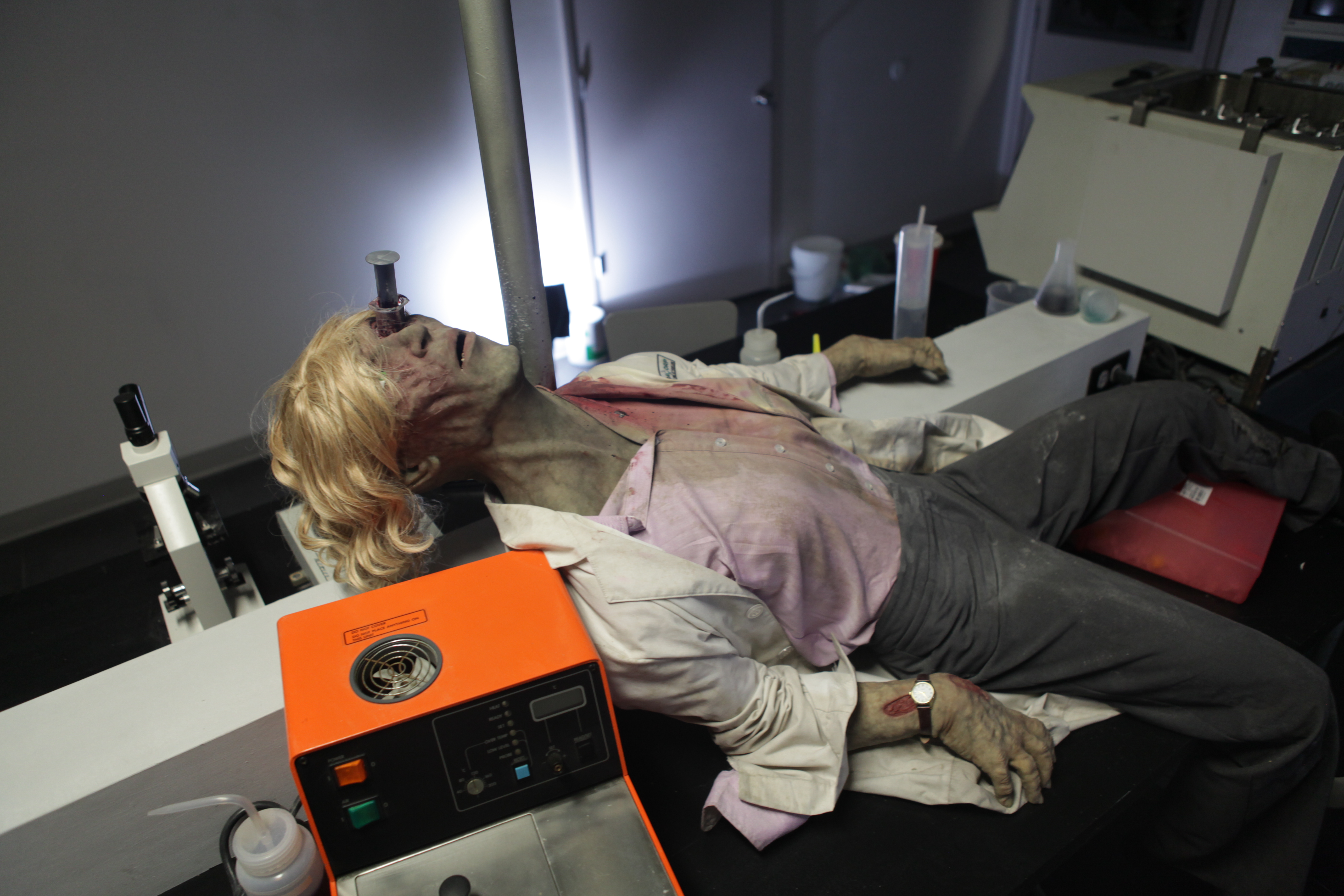 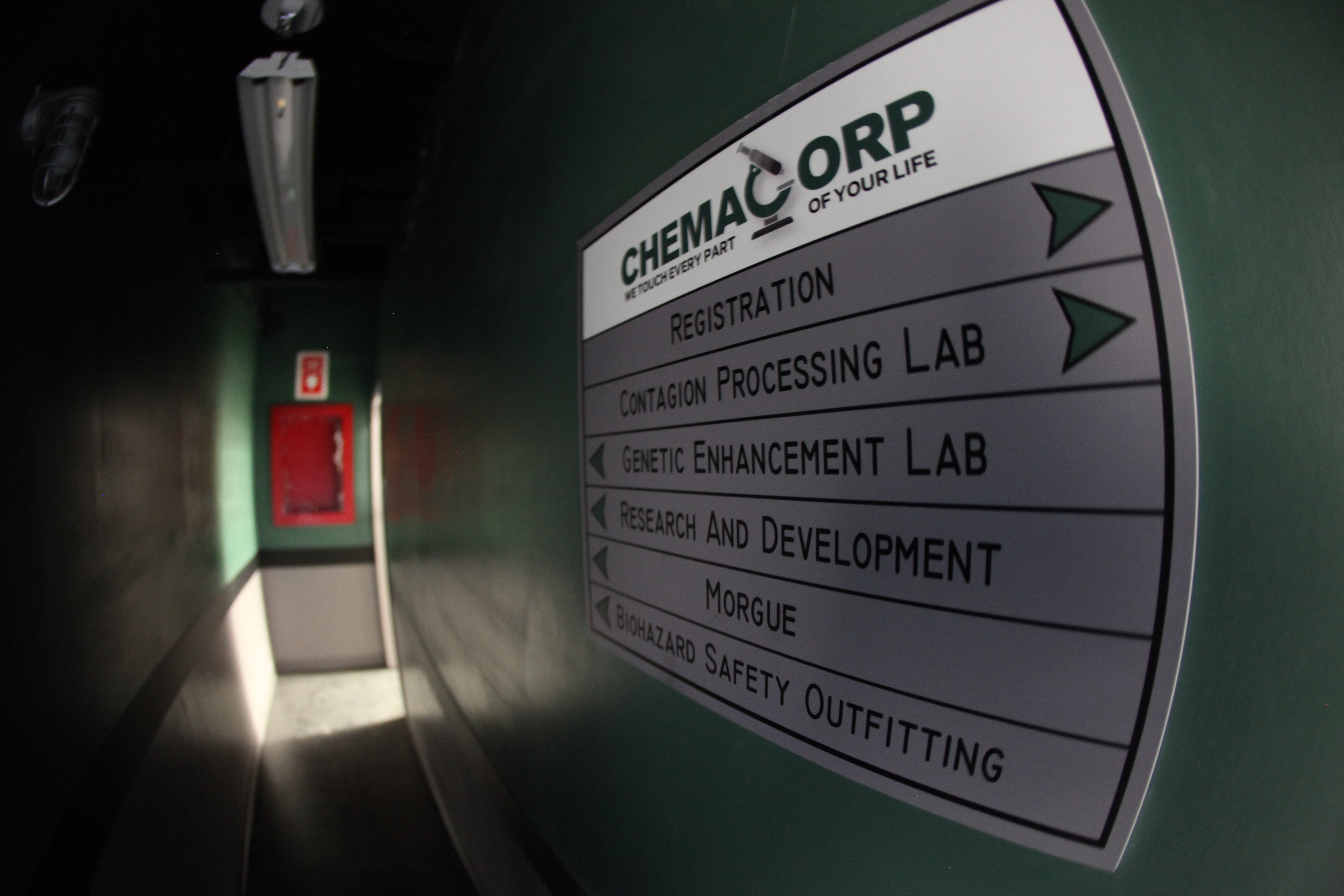 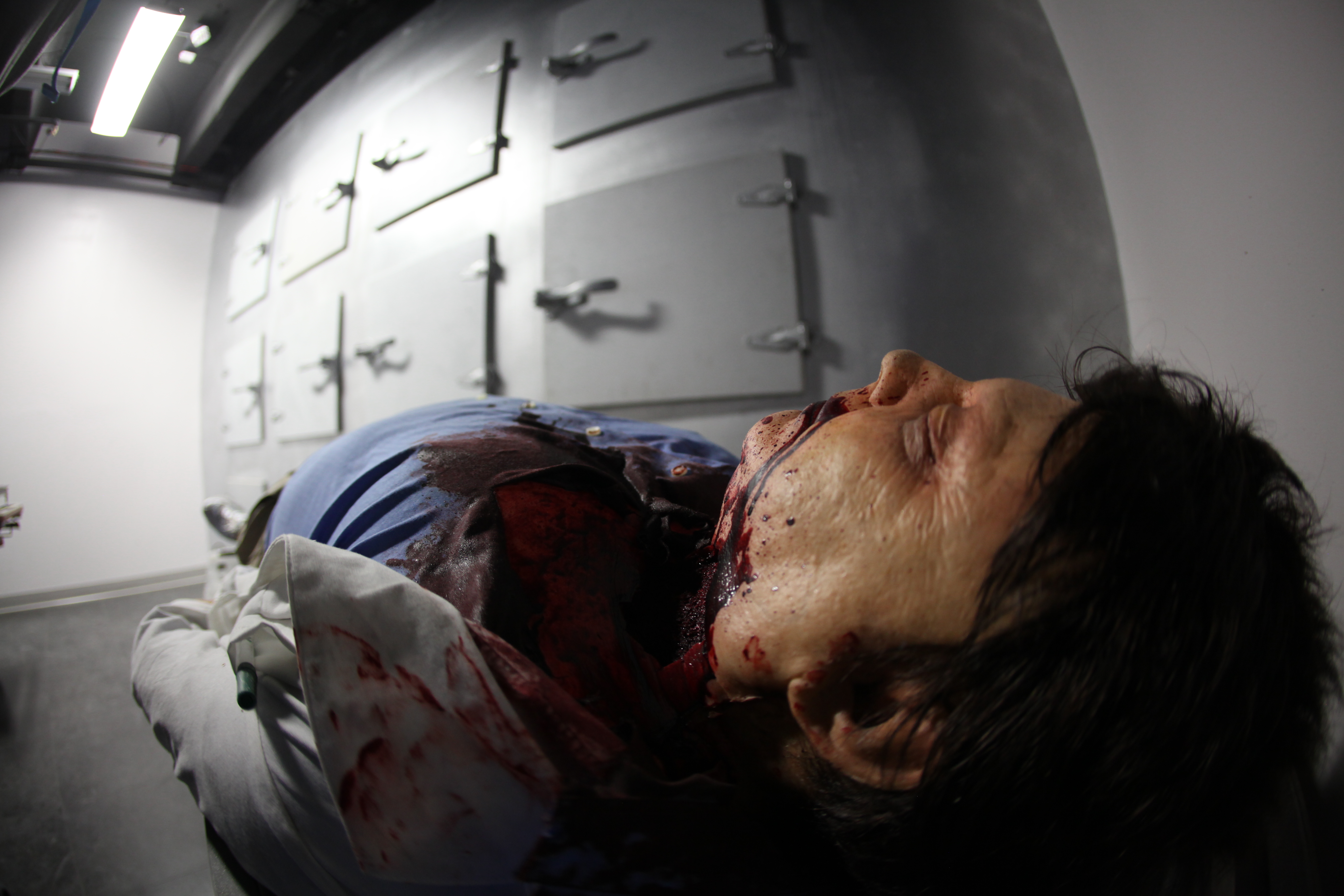 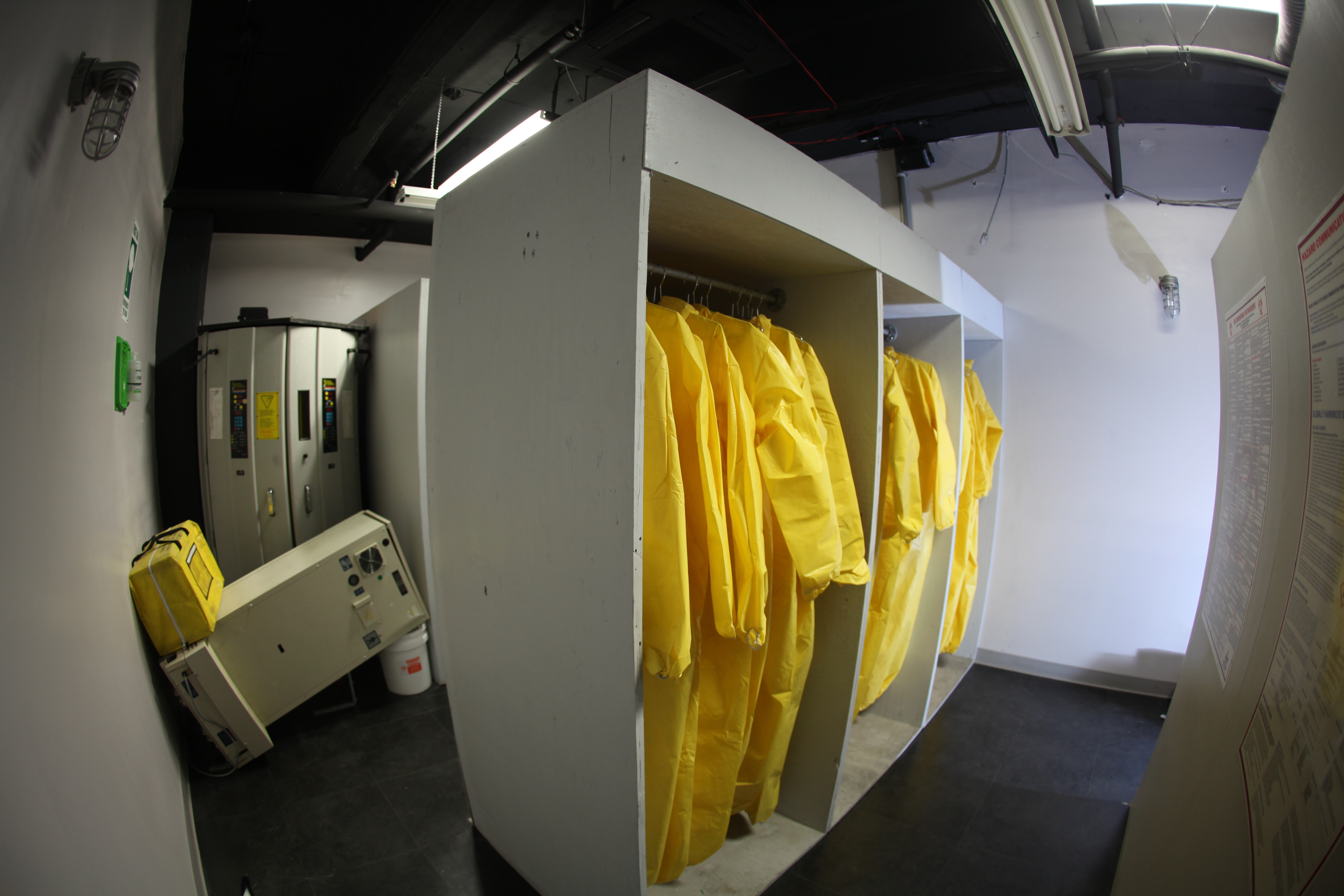 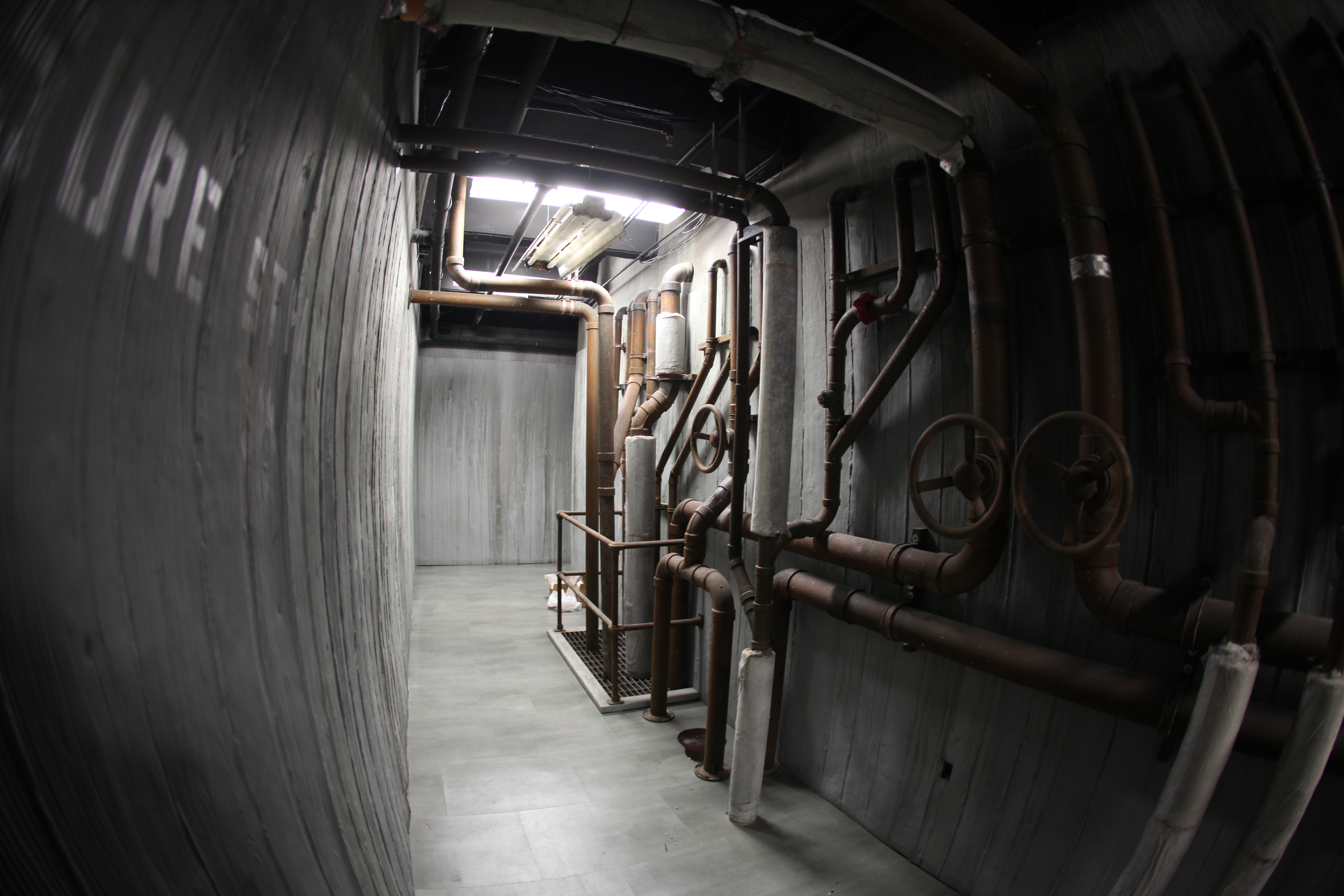 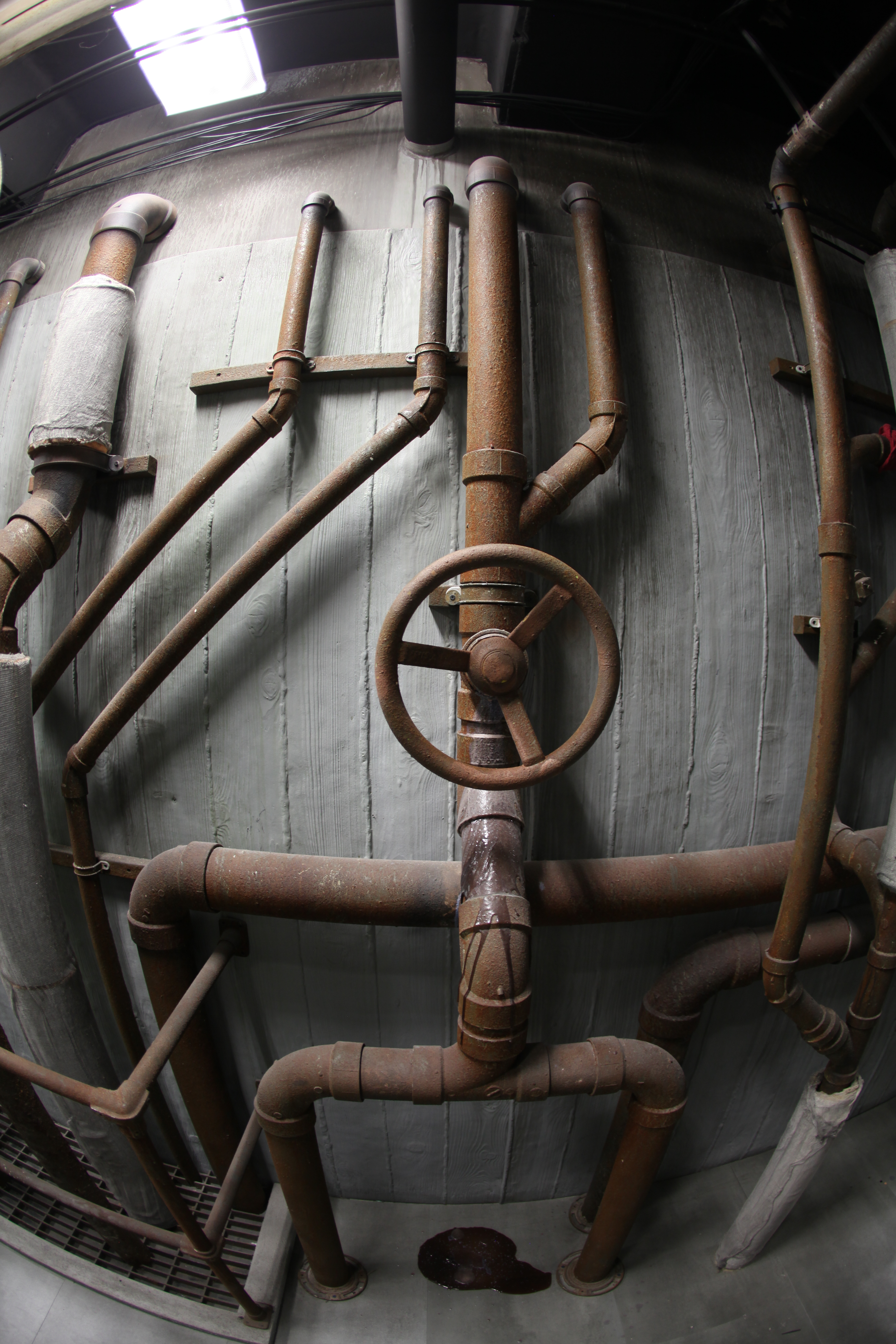 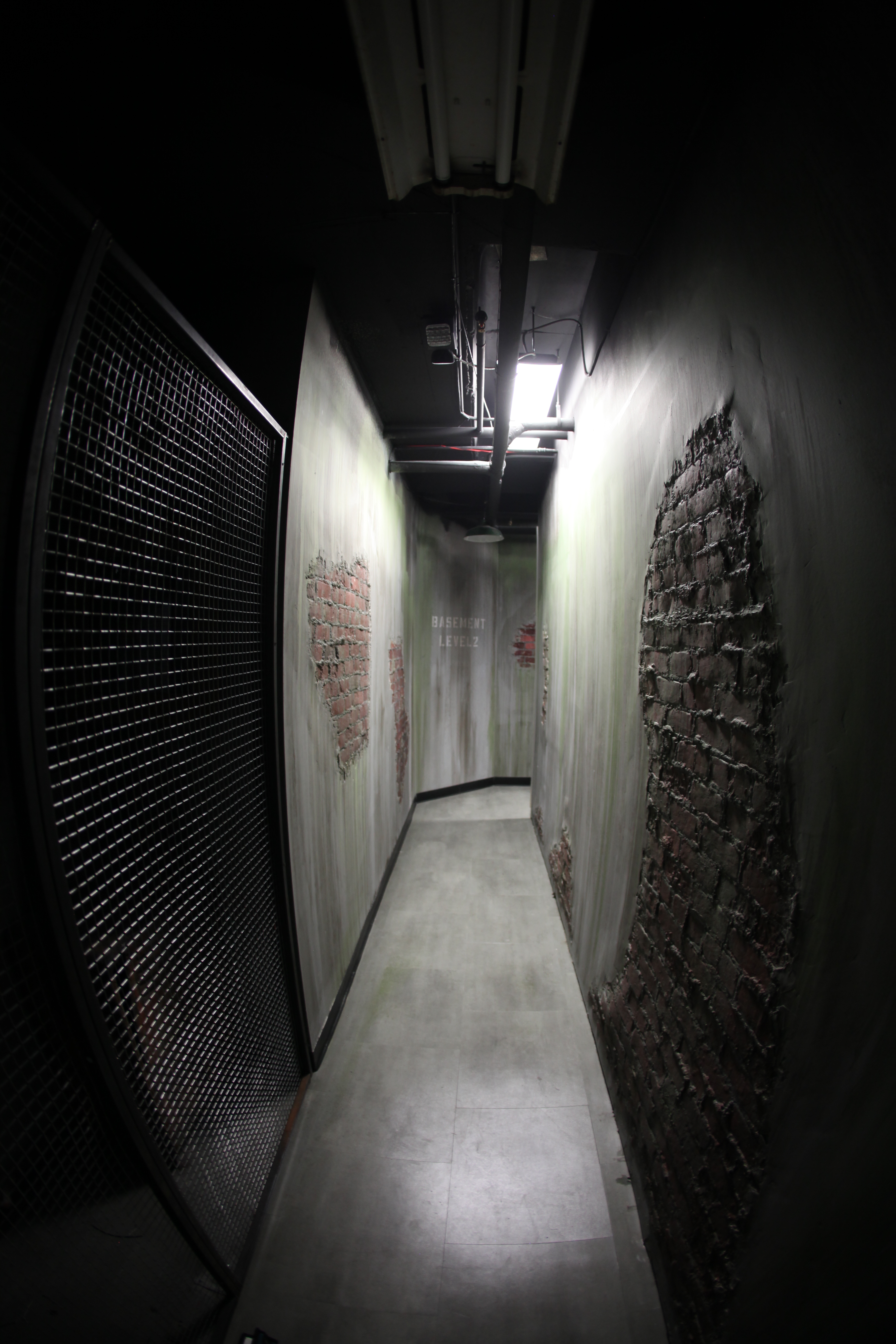